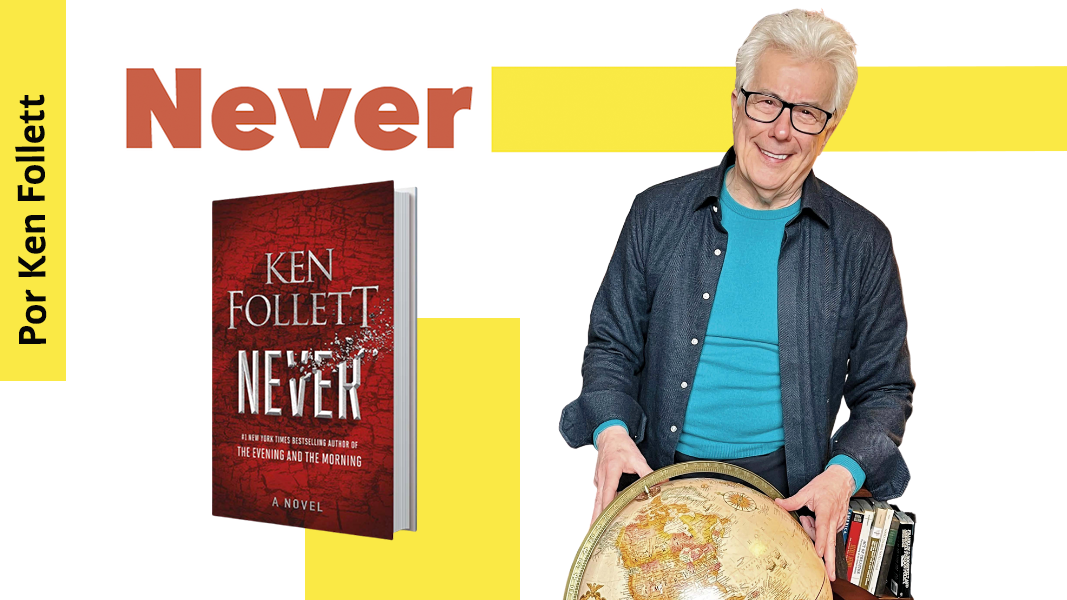 “Never” takes place in the present, but it was inspired by events that happened more than a hundred years ago.

I studied the path that led to the First World War, while I was writing “Fall of Giants”, and what struck me was the fact that no national leader actually wanted a European war. Yet each of the emperors and prime ministers took small, quite rational steps that led to the worst war the human race had ever known. And that realization led me to ask: Could it happen again?

I see four stages on the path to war: the spark, the escalation, the existential threat, and the commitment.

My first task in writing “Never” was to consider what the flashpoint leading to World War Three might be.

I put this question to several people with experience of international affairs at a high level who were kind enough to give me interviews: former Prime Minister Gordon Brown, European First Minister Baroness Ashton, Sir Kim Darroch, who was British ambassador to Washington for a number of years.

A flashpoint is a place where a conflict could involve the major powers, and there is no shortage of possibilities: Ukraine, the Strait of Hormuz, Kashmir, Taiwan, various locations in the South China Sea, and more.

What happens in “Never” is that the world leaders—of the USA, China, and other countries—successfully negotiate a number of minor crises, until there is one that has longer-term effects. And the next step is escalation.

Back in 1914, Emperor Franz-Josef felt he had to punish Serbia, a weak and subservient satellite of the Austro-Hungarian empire; and he declared war on Serbia. This was the first step on the ladder of escalation.

There were some in the Austrian ruling elite who believed that the punishment of Serbia, although necessary, might have been achieved by measures short of war. But, on balance, Franz-Josef’s action was generally considered to be reasonable, by the standards of the time.

Nevertheless, the declaration of war on Serbia alarmed the Russians. Serbia was part of that Balkan region that neighboured both Austria and Russia, two great empires, and encroachment into this zone by either side was seen as aggressive. So Tsar Nicholas II mobilized the Russian army.

Once again, a lesser reaction might have sufficed, but the Russian generals told the Tsar that a partial mobilisation was impossible, so they called up the entire army of three million men. With hindsight, we may say that this was an overreaction, but at the time it was seen as reasonable. Nevertheless this was the second step up the ladder.

It is all too easy to see how this kind of thing can occur in our time. The Americans step up sanctions on Iran, so the Iranians seize an oil tanker in the Strait of Hormuz. The Canadians arrest the CFO of Huawei, so the Chinese arrest two Canadians and charge them with espionage. The US Sixth Fleet bombards a village in Lebanon and Hezbollah bombs the Marine Corps barracks in Beirut. Sometimes, political leaders refrain from retaliation; but they generally get no thanks from their voters, who want their country to look strong.

Now consider the position of the German Kaiser as three million Russian soldiers began to assemble on Russia’s borders with Germany and with Austria, Germany’s ally. Kaiser Wilhelm had to mobilize the German army—indeed, anything else would have been a dereliction of duty amounting to treason, and Europe took another step up the fatal ladder.

But that was not enough for Germany. The German high command believed they could defeat either Russia or France but not both. So the German government asked the French for a pledge of neutrality in the event of a war between Germany and Russia.

But France had a defence treaty with Russia, a treaty that would be violated by a declaration of neutrality. Treaties can always be broken, but it was clearly in France’s interests to keep an ally as powerful as Russia.

Yet again, we may say with hindsight that if the French Prime Minister, René Viviani, had entered into some kind of peace talks with Kaiser Wilhelm, then he might have saved millions of French lives. And again, few people at the time saw it that way. In any event, Viviani refused point blank to give Wilhelm the assurance the Germans demanded.

For the Kaiser, this was an existential threat; a threat to the very existence of his country, and mere tension became present danger.

Germany was threatened from both east and west. The High Command in Berlin believed, probably rightly, that their only chance of survival was to neutralize France—which they thought they could do very quickly, and they were right—then, with their rear secured, turn and face the more formidable enemy in the east.

There is a similar moment in “Never”. I don’t want to give away too much of the plot, but the leader of one nation says: My country is on the point of being wiped out; I myself will certainly be murdered; I have nothing to lose; I will release the most terrible weapons at my disposal.

In 1914 it was only the first and last of the dominoes that had much real choice. Emperor Franz-Josef of Austria could have opted for a less inflammatory response to the assassination in Sarajevo; and now, in the last lethal decision before the slaughter began, the British had a choice whether to join in.

Britain had a defensive treaty with France, but that could have been broken, the justification being that France, in refusing to declare neutrality, had brought the invasion down upon itself. However, the British wanted to take part. It’s a cliche of our history that the British have always seen the most powerful country on the European continent as the enemy, and therefore have generally sided with the second most powerful continental power, to ensure that there was never a serious rival to Britain’s hegemony. 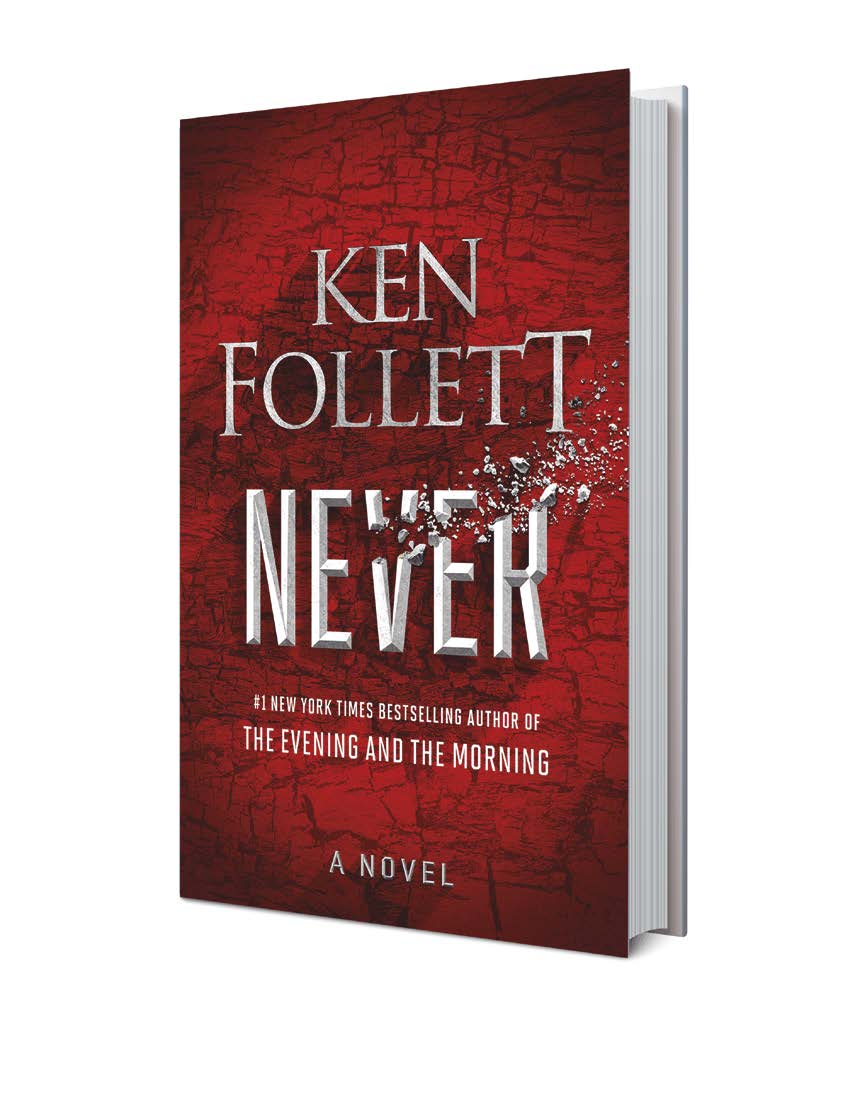 And so World War One happened more or less by accident.

The heart of my novel, and the most fascinating aspect for me, is the middle, the way the crisis escalates. How do moderate, centrist leaders make decisions that lead to catastrophic war? Why did Japan’s rulers choose in 1941 to attack the USA—the richest, most powerful nation in the history of human civilization? How did President Lyndon Johnson slowly and inexorably become entangled in Vietnam, ruining his reputation and his country’s too?

I don’t know the answers, of course, but I offer a different way to shed light on the questions. The novelist, with fictional characters, has permission to imagine the interior emotions and thought processes of men and women who make world-changing decisions. In “Never”, there is a parallel between Washington and Beijing. Both leaders—smart, well-intentioned people in my story—are trying to walk a tightrope. The American president, a republican, struggles to avoid war while fending off nationalist attacks from her gungho rival in the primaries. The Chinese president is a progressive by inclination but hampered by the hard-line communists who hold ultimate power. People hate their country to look weak, and this pressure nudges leaders into decisions somewhat riskier than their inclinations.

But for a while each of these decisions falls short of being fatal. Franz-Josef’s declaration of war on Serbia did not have to threaten Russia; the Tsar and the Kaiser could have reached a modus vivendi. But eventually one of those decisions comes to seem existential. In 1914 it seemed to the Germans that France and Russia were going to crush them in an East-West nutcracker, and the prosperous nation they had created in the last half century might just vanish, as Poland had. In such circumstances nations take risks. Kaiser Wilhelm did not want war; but if it was going to happen he wanted to fight on his own terms. And so he invaded France.

It wasn’t over then. The Russians could have held their hand, but they invaded Germany from the east. The British could have stayed out, in which case the battle of France would have been short and many lives would have been saved. But once again the national leaders made decisions that seemed to them sensible, perhaps inevitable; and the result was four years of slaughter on a scale they had never imagined.

And that’s how my story develops: a series of minor conflicts, one of which is more dangerous than usual; a gradual escalation as every action causes a more aggressive reaction; an existential moment when one country feels its very existence is at stake; and then the ultimate decision, whether or not to start a nuclear war. I’m not going to tell you whether nuclear war actually happens in the story; when you read the book you won’t know until the last page. And then, when you know the ending, I ask you please not to tell anyone. 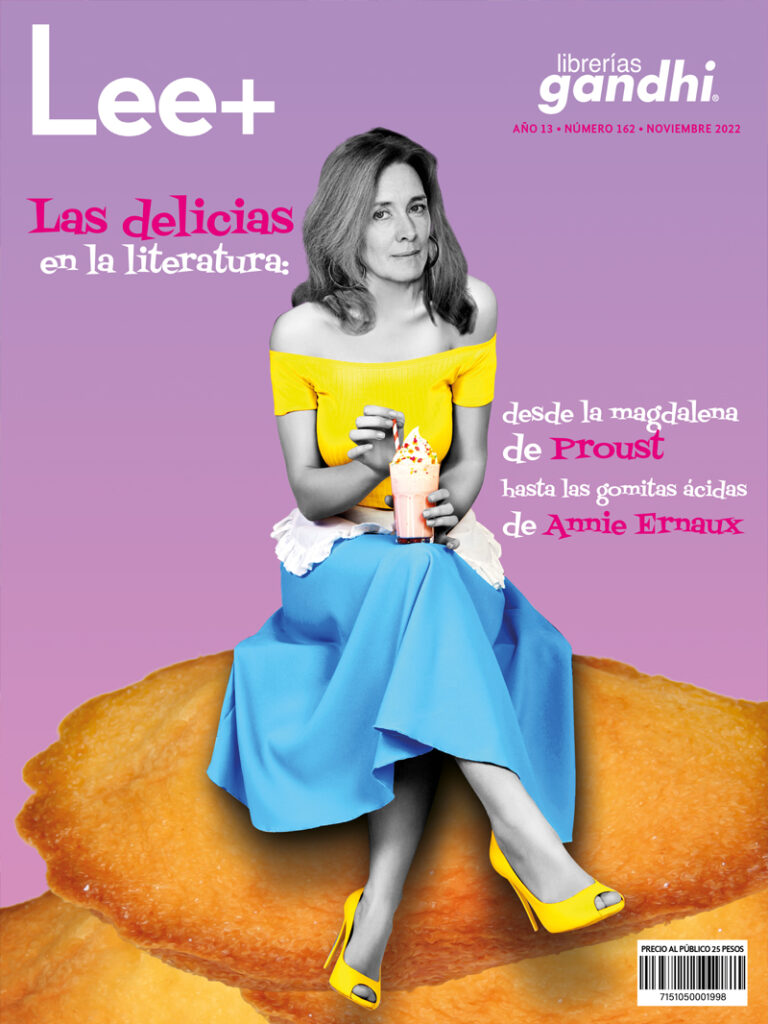